Congratulations to the 79 teams that finished the hunt, to the 381 teams that solved the intro round The Square, and to the 682 teams that solved at least one puzzle! Our top three teams were ፑ ETHIOPIC SYLLABLE TRALSE, exAM TEsters, and C[ardinality]s Get Degrees.

Here are some quick statistics for Galactic Puzzle Hunt 2022:

This wrap-up will describe how we wrote the hunt and some lessons we learned (we learn more every year). Also check out the fun stuff at the end!

The hunt presents itself as the Galactic Aptitude Test (or GAP test), a supposedly one-hour exam. As you progress through the first few puzzles, you notice some peculiarities: the sixty-minute timer on each webpage ticks slower and slower, and the exact same puzzle appears twice. You find the exam too difficult, and by solving the first metapuzzle, you realize what you need is MORE TIME, and you finish the hunt (complete with airplanes on the leaderboard)!

This leads to the most peculiar part of the GAP test: after finishing the first metapuzzle and waiting for results, everything goes blank. You’re brought back to the beginning of the exam, and all your progress has disappeared. Solving the exam the same way repeatedly brings you back to the beginning; you’re stuck in a time loop! Eventually, you find that each puzzle has an alternate answer, and submitting enough of these leads to an alternate version of the metapuzzle with the answer GAP YEAR.

This opens a wormhole which leads to the year 2021. You find out that there was supposed to be a Galactic Puzzle Hunt in 2021 themed around preventing an asteroid impact via the Galactic Apocalypse Prevention (GAP) program, but no puzzle solvers showed up because we never ran the 2021 Galactic Puzzle Hunt. With their planet on the verge of destruction, the residents in this alternate universe created the wormhole to recruit the GAP test-takers (you!), which also interfered with the 2022 GPH puzzles and caused the time shenanigans. Solving the puzzles from 2021, you learn how to take the GAP test so that the wormhole arrives at different variations of 2021. This leads to three different rounds: Forward, Hibernating and Flying South, and World’s End Concert.

Each round’s metapuzzle gives a different device that helps in dealing with the asteroid: Forward gives you a SHUTTLECLOCK, Hibernating and Flying South gives you a THYME SCALE, and World’s End Concert gives you AIR HORNS. By combining these devices, you’re able to travel through spacetime, and build up energy to handle the asteroid. At the last moment, you realize there’s still not enough energy to destroy the asteroid. By solving one more puzzle in 2022, you realize that what the asteroid needs is a WHACK TO THE FUTURE. While you don’t have enough energy to destroy the asteroid now, you have enough to deflect it to a later time. The world is safe... for now.

As with all the puzzles in 2022, there is another answer — another way to deal with the asteroid. Congrats to Team Yuki, who were the only team to discover our easter egg, realizing that you can cover up the asteroid if you USE PAPER. They got to work folding all the paper they had, from their 2022 test booklets to their 2021 blueprints. They received a unique certificate for their accomplishment!

Here was our timeline for making the hunt.

We had seven(!) theme proposals, many more than in past years. Unlike in previous years, at our kickoff meeting we did not have a leading theme contender (the themes in 2019 and 2020 were favorites from the start of the hunt writing process). This led to a lot of broad thinking about “what” we should make our hunt this year.

Time Loop (read original proposal) won on story, mechanics, and overall. We won’t reveal the other theme proposals in case they make an appearance in the future.

We were (rightfully, in hindsight) concerned about the difficulty of execution and the inflexibility (intro round puzzles all had to support two answers, one of which was easier than the other). Implementing the time loop took a lot of web development, since the time loop created a lot of new things to consider, such as creating and syncing two versions of the site (2021 and 2022), and how to unlock puzzles and the 2021 site over time. Additionally, each of the rounds required a significant amount of specialized code.

It took us a while to iron out the details of the time loop. Nailing the structural details was a surprisingly long process that blocked puzzle writing for a while. In previous hunts, we didn’t have such overarching structural questions. Some questions that we answered and ideas that didn’t make it were:

Although we had agreed early to use small, separate puzzles to unlock new rounds on the 2021 site, the navigation minipuzzles were solidified rather late. In feedback, solving a simple puzzle to unlock a new round of puzzles was well received by teams.

As in previous years, we used Puzzlord to propose and track the status of puzzles. There are currently 63 ideas on Puzzlord, and there were 43 puzzles in the hunt. Here is the chart of puzzle writing progress. 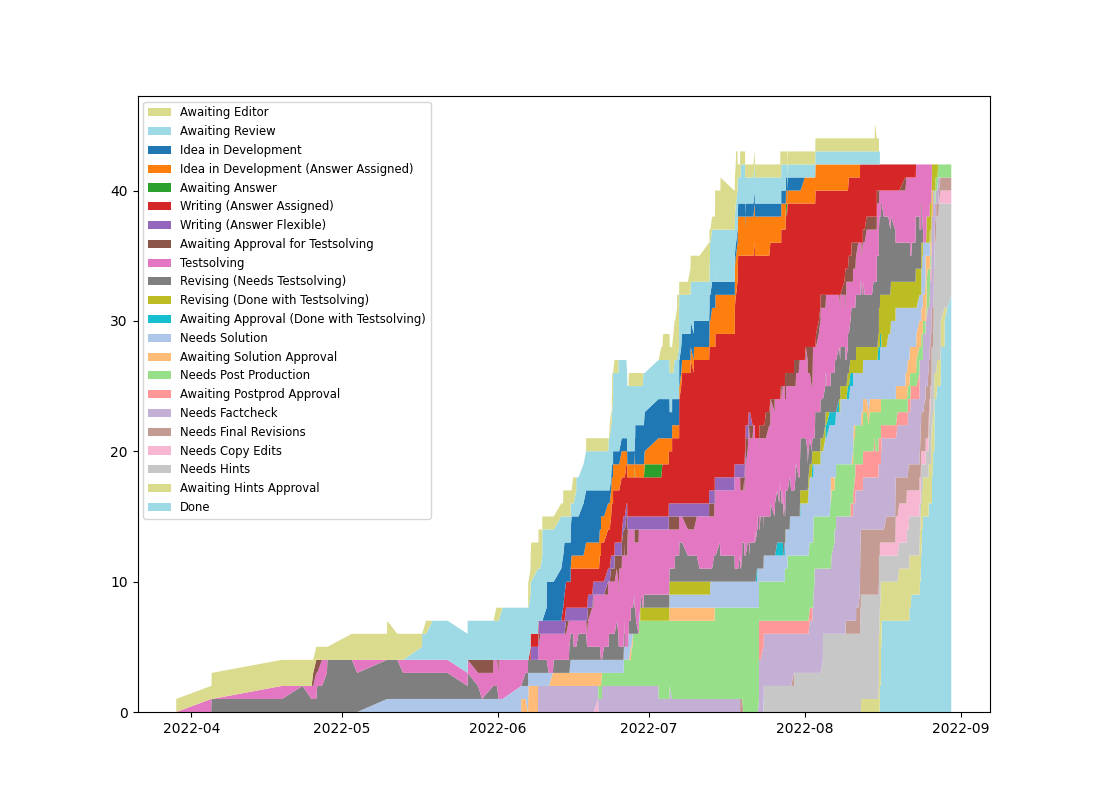 They’re not all “Done” but they’re all done.

It’s hard to test certain things that are universally agreed-upon parts of the hunt structure for us, but will be completely new to solvers. For example, “noticing that all intro round puzzles had alternate answers” wasn’t something we were able to realistically test. At points we were worried it was too obvious.

In hindsight, we think the intro round was (for the most part) a success. Many teams found it difficult and surprising to notice that there were additional answers to all the first round puzzles. We hope that you found it a satisfying realization.

We ran a full-hunt testsolve (sans two puzzles, which were still being written) about two weeks before hunt. Testsolvers caught quite a few usability issues regarding the time loop. It also provided a lot of useful data with otherwise hard-to-test aspects of the hunt, such as the answer reuse in The Exam, as well as Hibernating and Flying South’s seasonal variations.

We were behind schedule on factchecking, no surprise. There weren’t many (any?) massive puzzle errors, though! 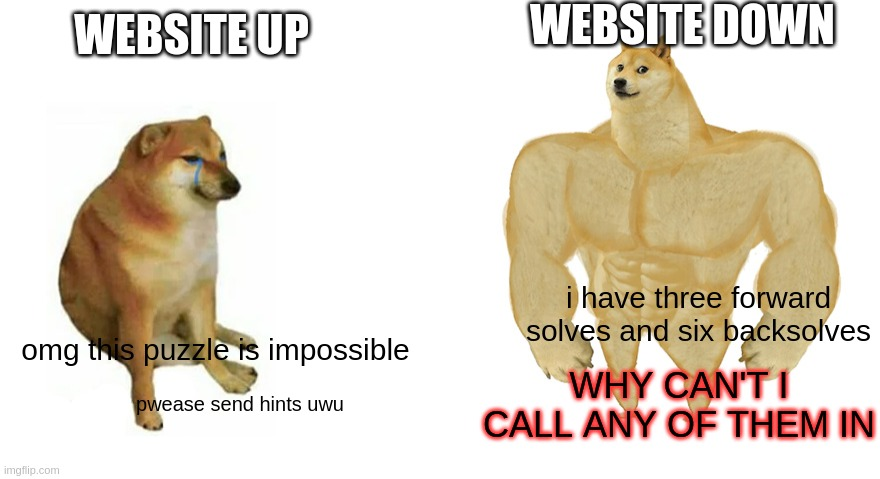 As you probably noticed, the website was very slow during the first days of the hunt. Since Galactic Puzzle Hunt is just a single event, an issue like this that affects everyone in a negative way is not good at all. See more in the “Reflections” section about the issues we were facing.

For most solvers of the Galactic Puzzle Hunt, the first weekend is a time to solve some puzzles with friends, but reaching the end requires spending a lot of time over the next week and usually requires getting some hints. The top puzzles for hint requests were Shared Samples (239), The Line (206), and Three (113). 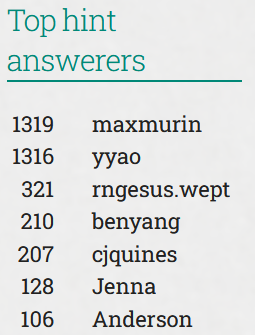 Did you ask for a hint? It was probably answered by Max Murin or Yannick Yao. #freeyannick #freemax

We are glad that we tried to make the very first round (The Exam) particularly unusual—lots of teams got to experience the surprise of the time loop and the double answers. It has become a trend in puzzle hunt design to write an introductory round that can sometimes be more straightforward, but we hope we succeeded in having a novel, but still accessible, round of puzzles in The Exam.

Reception of the time loop idea was largely positive for its innovation. The main usability issue with the time loop was the difficulty of navigation between different rounds, which required looping every four minutes or between seasons, and which also made it difficult to work on puzzles in different rounds. We didn’t really surface what this felt like from a solver perspective until our full hunt testsolve. At that time we improved the UX (e.g. by adding the “Stay” option on the loop ending page—the puzzles used to completely vanish!) but we know it was still frustrating for some.

There were a lot of edge cases with the complicated time loop structure, and some teams got stuck in ways we weren’t anticipating. For example:

We added several notes and UI changes during the hunt in order to help teams stuck in such situations.

It feels like we ordered the puzzles well this year.

A bunch of early ideas that came in were video game reference ideas, particularly Pokemon, where two very early puzzle ideas both wanted to use it. One of these became A Winding Walk (not about Pokemon). Ultimately the Pokemon puzzle that made it in our hunt was not one of those two ideas. Some of the other video game references also moved away from their video games (Changes). In another direction, we were quickly up to capacity in cryptic clue puzzles. Surprisingly, we felt like we didn’t have enough math puzzles for a while.

We had a lot of interactive puzzles! Maybe there were too many, if they caused the website load issues. The World’s End Concert round lends itself to interactivity, but plenty of other puzzles outside that round were also interactive. According to the quiz you filled out for Nobody Knows What Your Perfect Puzzle Is…, interactive games are the most popular “generation” of puzzles.

Our website had much more substantial performance issues than in the past. Despite considerable effort throughout the hunt, we were unable to figure out exactly what was causing the issues, although we made a number of changes to help address them, including:

Will there be a Galactic Puzzle Hunt 2023? Join our mailing list to be the first to know! We like making innovative puzzles, and hope that you enjoy solving them!

In the interim, you should check out some of these other puzzle hunts coming up!

Here are some fun things from the hunt! 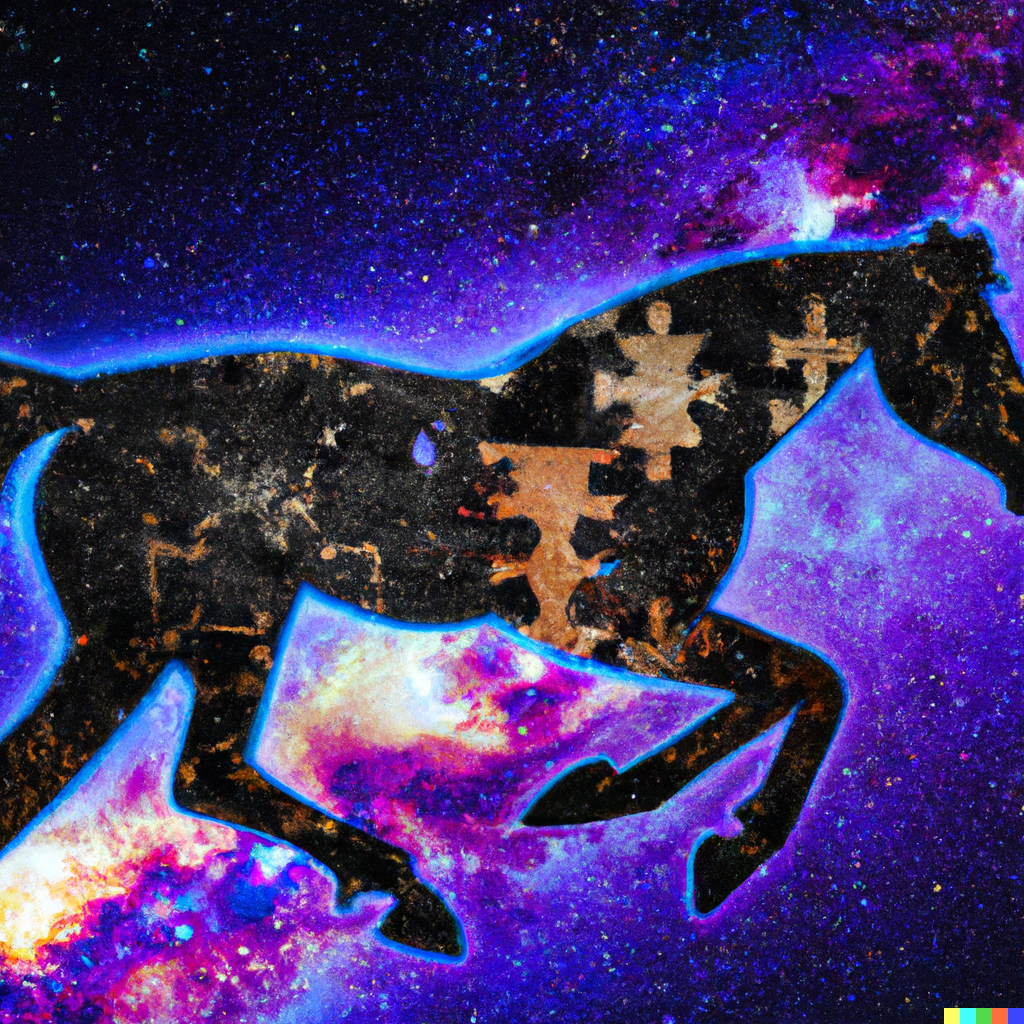 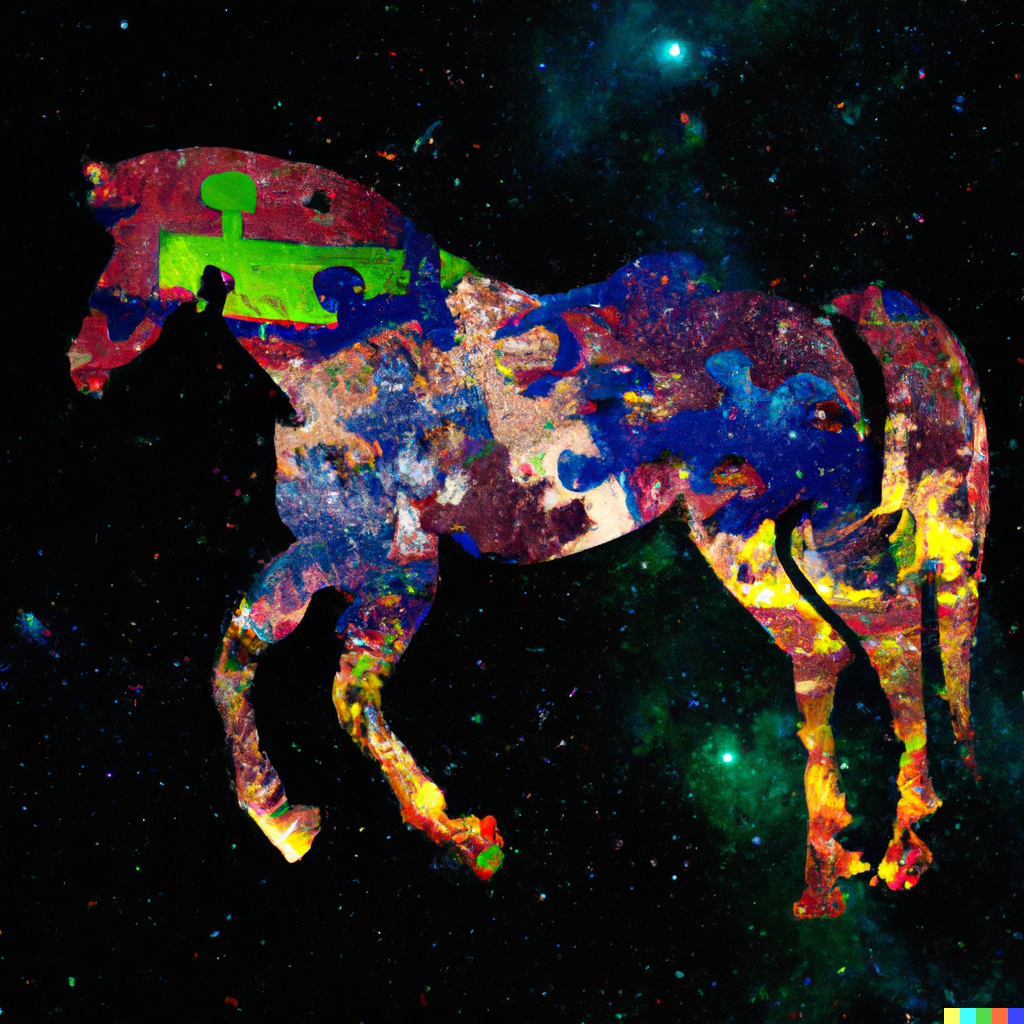 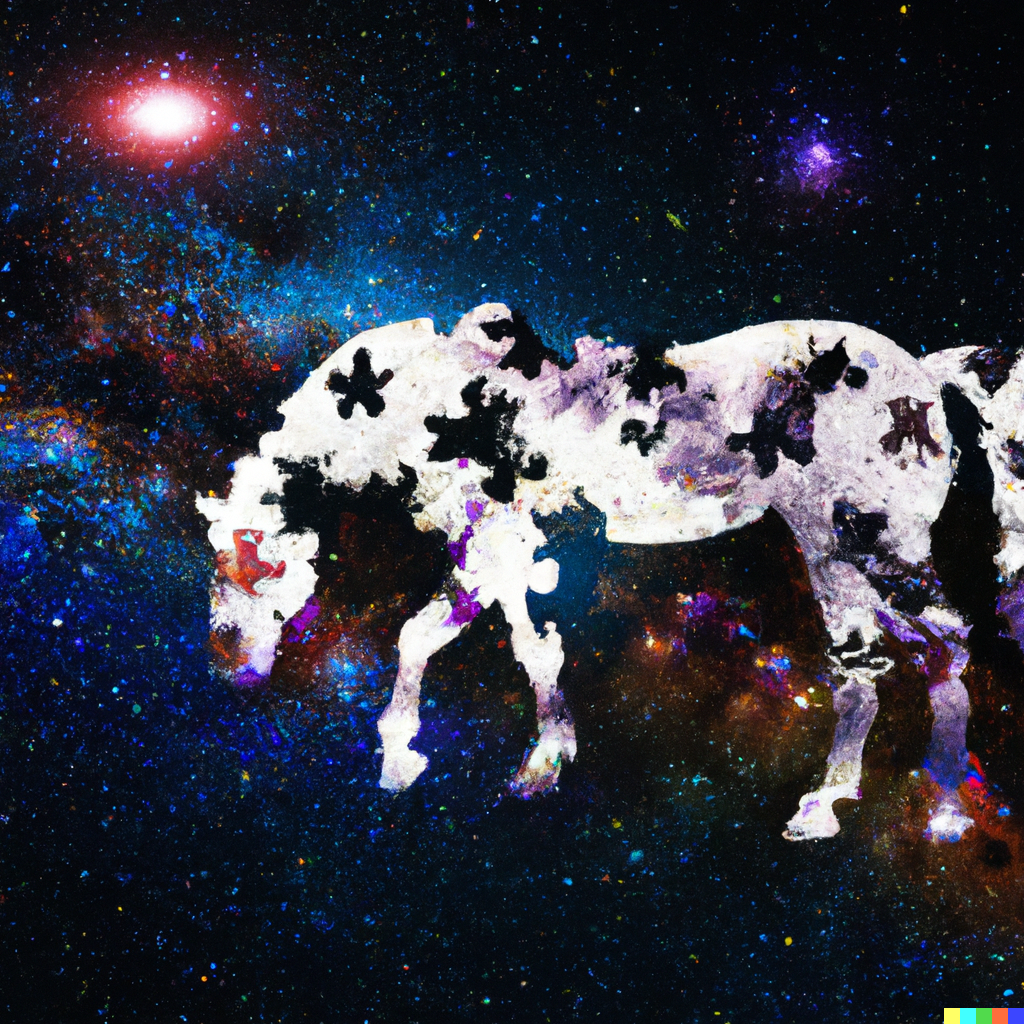 Here are some charts and tables to help visualize how teams solved the hunt.

The 17 teams that finished without using hints were:

Teams with the fewest loops (among hunt finishers):

Teams with the fewest incorrect guesses (among hunt finishers, excluding the puzzle Three):

Teams with the most loops:

Teams with the most incorrect guesses (excluding the puzzle Three):

Initial responses to Nobody Knows What Your Perfect Puzzle Is, But You Will After Answering These Nine Questions:


Answers by question (hover to interact)

Everything is going smoothly.